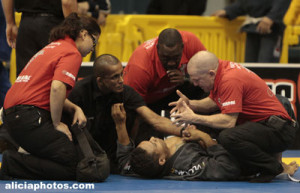 Aches, pains and injuries are an unfortunate part of training Brazilian Jiu-jitsu and mixed martial arts, but they are also unavoidable.  I started training when I was 15 years old.  I gave little thought or concern to recovery, rehab, prehab, warming up, or general injury prevention.  I thought I was invincible and in reality my body was still strong and very resilient.  I spent all my time figuring out ways to train harder.  I’d go on 10 miles runs, do hundreds of situps daily, and roll like it was life or death every minute of every round.  Everything changed just before my 18th birthday when I was rolling with someone nearly 100 pounds heavier than me and suffered a traumatic injury.  I tore my ACL, my lateral meniscus and fractured my tibia all in one shot.  I had to have major reconstructive surgery and in many ways my body was never the same again.

Full recovery took an entire year.  Once I got back into training I was very cautious with my training.  I was scared that I’d never be able to compete professionally or worse, I could suffer another injury and be kept off the mat altogether.  I was still young though and eventually I set aside my cautious ways and jumped back into my previous kill or be killed training methodologies.  Sure enough a new problem arose, intense hip pain.  I had a constant dull ache at all times that would transform into acute shooting pain following hard rolling.  I began stretching more and paid close attention to my diet…no change.  Eventually, things got so bad that I would have to take a fist full of Aleve just to walk my dog around the block.  I even saw a doctor and had an MIR done.  The doctor told me aside from painkillers, nothing could be done.

Around this time a friend of mine was raving about a strength and conditioning coach he went to that not only got him into great shape, but fixed his aching hips.  I was willing to try anything so I signed up for a private training session.  The coach took some time to correct my posture and give me a few rehab exercises, but what really changed everything was when he pulled out a foam cylinder he called a “roller”.  He explained that I had tightness in my IT (Iliotibial) bands and piriformis muscles were very tight and that the foam roller would provide relief through a process of “myofascial release”.   Without getting overly technical, myofascial release causes muscles to relax by engaging the golgi tendon.  The process is nothing short of agonizing.  When I first positioned my legs on the roller I was told to find a tight spot and then remain in position for 90 seconds.  I felt time stand still while my leg shook and I experienced a new fantastic level of agony.  I thought for sure this was voodoo, but I was desperate.  As time went on each foam rolling session became less painful and the trembling became less pronounced and then something incredible happened – my hip pain stopped.  I felt limber and relaxed without the aid of painkillers.

Since that time foam rolling has become a daily activity.  I’ve also discovered new ways of using golf and tennis balls to elicit the same benefits.  I literally roll out every part of my body, from head to toe.  Stiff neck, tennis elbow, plantar fasciitis and a host of other ailments I’ve suffered have all been cured by myofascial release.

So if you want pain free rolling, then you better get yourself a roller and give these exercises a shot 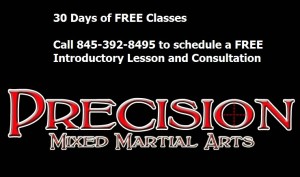