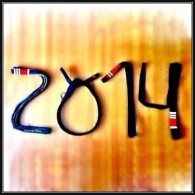 At the end of this year I’ll celebrate my 15th year in Brazilian Jiu-jitsu and my 4th year as a black belt.  One of the most satisfying things I’ve experienced over the past few years has been watching my longtime friends and training partners earn their black belts.  The journey to faixa preta is arduous and many are lost along the way, seeing a friend cross the black belt finish line is a special thing to witness.  As I’ve witnessed the graduation of many long time mat rats I have also seen a less encouraging phenomena spreading throughout the ranks of more senior black belts – a dire case of BJJ apathy.

Yes, sadly I witnessed a great many jiu-jitsu instructors completely lose their passion for the art.  Some of them quit the art entirely; others are financially obliged to teach so they punch a time clock and go through the motions with the same enthusiasm you might expect out from an overworked busboy.

I first encountered this sad state of affairs as a blue belt.  One of my instructors had gone on vacation for 2 weeks.  Upon his arrival everyone was eager to hear about the details of his trip, one student asked if he did any training while he was away.  I’ll never forget his response, “Do you go to work on your vacation?  Jiu-jitsu is a hobby for you guys, but for me it’s my job”.  His tone was so caustic, as if the concept of jiu-jitsu for pure enjoyment was completely ridiculous.  I swore that I would never allow that to be my attitude.  To this day I’ve never taken a vacation that did not include training, even if it meant rolling on the carpet in my hotel room.

Typically this feeling of indifference does not occur overnight.  Generally, there are a few predictable phases that someone goes through before reaching this sour state of affairs.  It usually starts with an injury of some sort, often times a fairly serious one.  The black belt has a prolonged period away from the mat where they develop an interest in other hobbies that more strongly capture their enthusiasm.  There are black belts I used to learn from and train with regularly that now lack the energy (or desire) to roll with me, but if I take them to a shooting range they suddenly have the exuberance of a kid on Christmas morning.  I dabble in a few interests off the mat, but I never allow myself to get too heavily invested in them.  I want my passion to remain teaching and practicing martial arts – period.

Even if the injury bug does not steer them to another hobby it can induce BJJ apathy in other ways.  Many black belts use competition as a major driving force in their training.  The thrill of the fight drives them to push through hard training sessions and keep coming back for more.  However, injuries can make competition too risky or rob them of their once great athletic abilities making competitive endeavors a source of disappointment rather than excitement.  Another side effect of injuries, especially when combined with age, is that these proud black belts begin to get tapped out.  Getting tapped is something everyone must reconcile early in their BJJ career.  At white through purple tapping is so common it can induce carpal tunnel syndrome, but brown and black belt is a special time.  You become one of the alphas and tapping out becomes a thing of the past, instead you hand out submissions like they’re going out of style.  An injury can send a black belt back in time, replacing their feeling of invincibility with a sense of inadequacy.  As a result the black belt stops rolling with their peers, reserving their mat time for students only.  Eventually they avoid their senior students until finally they stop altogether.  Part of this is a problem with BJJ culture.  Many students expect that a black belt instructor will always dominate lower ranked students regardless of age or physical condition.  There are undoubtedly still seasoned jiu-jitsu practitioners who would expect a 55 year old Rickson Gracie to effortlessly submit Buchecha if they met at the next Metamoris. However, the bigger dilemma exists within the black belt’s own mind.  They fear their student will lose their admiration for them and head to greener pastures.  Personally, I’ve tapped out many of my coaches.  The ones I haven’t are those who stopped rolling with me as I climbed the ranks.  My respect was never lessened for a coach I submitted; rather I was grateful that they trained me well enough to accomplish such a thing.  Additionally, I recognize that the tap is not the “be all end all”.

An instructor can tap and still show a student where they could improve.  Rolling abstinence is a surefire way to extinguish BJJ enthusiasm.  I recently heard a podcast with Steve Maxwell, now 61 years old, where he talked about how he still rolls.  He might have to approach rolling with more caution and consideration, but the act keeps his desire strong.

Another pitfall that can lead a black belt to apathy is burn out.  New instructors are typically excited to grow their school and produce satisfied customers.  Their jubilation leads them to teach morning, afternoon, evening and weekend classes plus a healthy amount

of private lessons all by themselves.  This marathon pace wears on them until jiu-jitsu transforms from a passion to a burden.
Their long hours provide them with no opportunity for their own personal training or avenue to expose themselves to new ideas and tactics.  In their down time they feel the need to escape the pressures of their self-imposed prison sentence and retreat from the art, making it less and less of a lifestyle until they view their time on the mat as work rather than play.

So what’s a black belt to do?  How can one avoid these pitfalls? Personally, I know I’ve allowed BJJ to stress me out at times.  Injuries have made driven me crazy before and at times made training a chore.  Competitive setbacks have dampened my training zest in the past.  I’ve overloaded myself with teaching and business responsibilities in the past – for a whole year I literally lived in my gym to make the school a success, not realizing the anxiety I was inducing in the process.  Here are a few things I’ve done to hit the refresh button on my BJJ experience and keep me passionate.

First I remained a student.  I sought out coaches with a contagious excitement for the art.  I make sure I prioritize traveling to other gyms and training as a student in a distraction free environment.  I get to be selfish, I concentrate on my technique and don’t worry if the new white belt in the corner has his belt tied correctly.  I also take advantage of online learning resources.  Although I rarely make it out to his academy, Marcelo Garcia helps me stay current in BJJ around the clock via MG in Action.  Rener and Ryron clean up my self-defense on Gracie University and Javier Vazquez teaches me new tricks on istagram.  The online BJJ world has allowed me to always have an ace up my sleeve and prove that you can indeed teach an old dog new tricks.

While training away from my home mats allows me to sharpen my sword, I make sure I still get rolling in with my students and I make sure I don’t put tapping on a pedestal.  When I was a purple belt you basically had to choke me unconscious or break an extremity to induce tapping.  I’ve removed the pressure of not getting tapped, it will never be the most enjoyable part of my training, but I don’t allow myself to lose sleep over it.  I remember the gratitude I had towards my coaches when I submitted them and realize my mats won’t be empty because I got caught in a toe hold.

The hardest, but most im

portant decision has been not overloading myself with teaching and business stress.  I hired a manager and let him handle answering the phones and filling out paper work, allowing me to focus on the big picture without getting overwhelmed.  I also took the time to develop a supporting cast of instructors to help me shoulder the teaching responsibilities.  Aside from a handful of exceptionally dedicated professional fighters I don’t teach private lessons.  I teach about 15 classes a week and I know any more and I’ll burn out.  I definitely leave some money on the table by refusing privates, but it’s a small price to pay to keep my sanity.  I also make sure I create a schedule that I enjoy.  I’m not a morning person so I don’t teach AM classes.  Sure that might cost me a few members, but I have a smile on my face every time I walk into my school and never feel like I’m at work.  If I had to drag myself to a 6 AM class it wouldn’t be long before the sight of the tatami filled me with rage.

Finally, I remember why I started BJJ and all that it’s done for me and all that it continue to do for my students.  Jiu-jitsu didn’t just give me cauliflower ear and a deviated septum; it gave me the confidence to hold my head up high and the ability to look someone in the eye.  Another thing that helps me is talking to people who have “real jobs”.  Sure it might drive me nuts when someone steps on my mat with their shoes on or a kid starts crying because their sister got a stripe and they didn’t, but that stress pales into comparison to my police officer friend who had to fight a guy on PCP or my roommate at the MTA who had to deal with a train derailing.  I remember that I essentially get paid to teach my friends cool choke holds – it’s a wonderful life.

Looking for a great place to train with passionate black belts?  Check out Precision MMA in LaGrange, NY

A little south of LaGrange?  Be sure to check out my friends at Yonkers Jiu-Jitsu and Denville MMA