If you live in the Hudson Valley and have a young child you’d like to give the gift of martial arts then be sure to check out my school Precision Mixed Martial Arts in LaGrange, NY.  Precision teaches real world martial arts in a positive, safe and encouraging environment.  More than just martial arts techniques, Precision builds life skills for all it’s young martial artists.

Here’s a post I did for BJJ.org where I showed all my favorite triangle chokes 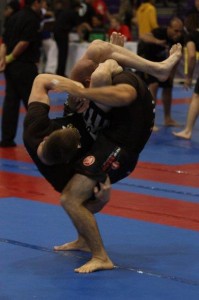 A handful of Precision MMA students made the trip from their Hudson Valley martial arts gym in LaGrange, NY down to Whippany, NJ for the American Martial Arts Invitational Tournament. 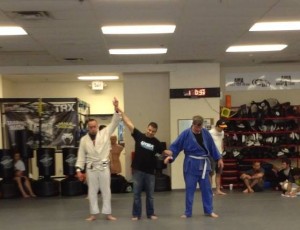 The tournament was well run and everyone had fun competing amongst friends.  Big victories were earned by Erik Andren, Johnny Miranda, Andrew Colombos and Mike Crawford.  I have mixed feelings about tournament jiu-jitsu.  On the one hand competition has many positive martial arts benefits.  It forces the student to call upon their skills in any unfamiliar environment against an opponent who is offering up 100% resistance.  Often times this will highlight technical mistakes and give the student a more realistic view of how their body will operate under stress.  For many, the stress of competition is the closest to a simulated street fight.  Also, competition can motivate a student to strive for higher achievement and lead to them making positive life changes such as improving their diet, losing weight or simply making martial arts a greater priority.  The thrill of victory can snap people out of their complacency in training and force them to take a more critical look at their practice routines. 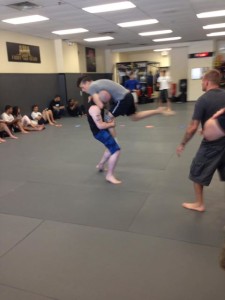 However, there are a number of drawbacks to tournament centered jiu-jitsu.  Jiu-jitsu is supposed to be the weak man’s art.  A gentle style that uses yielding and pliancy to overcome strength and power.  Minimum effort for maximum result is the beauty of jiu-jitsu.  In order for someone to properly harness the power of jiu-jitsu they cannot force things on their adversary, but be patient and weight for opportunities.  They must utilize timing to displace their opponent rather than powering through.  However, with an artificial time limit competitors are pushed into forcing things, making things happen rather than allowing them to occur organically.  Also they are made to use as much of their energy and effort as possible rather than conserving and using the minimum necessary to be safe.

Another drawback is the mindset of tournament jiu-jitsu.  Tournament competitors must train to be bigger, faster and stronger than their opponents.  However, I teach my students to always assume they have an attribute disadvantage.  Do not try to match speed or strength, but rather find the path of least resistance.  The calculating gentle style of jiu-jitsu may result in being placed in inferior position and giving away “points” but it means they will not succumb to fatigue or make a careless mistake.  Real fights could last indefinitely in theory therefore a self defense minded practitioner must conserve.  The Gracie philosophy of not moving faster than your opponent, but exhausting more slowly than them.  This training methodology will not necessarily lead to success in a points based system.  Tournament jiu-jitsu, in my estimation, breeds athletes more so than martial artists.

Finally, the “safety first” mindset of self defense is often lost in the tournament approach.  Students embrace positions in sport settings that would get them in hot water for self defense.  For example, sport guard passers standing bent over leading with their heads is asking to be kicked in the face, however it can be very successful for tournament jiu-jitsu.  Students jumping to their backs rather than looking for a takedown and top position is perfectly fine for tournaments, but disastrous if fighting an opponent on an unforgiving surface in real life.

In a way my musings about competition centered training is hypocritical since I was an avid competitor for a considerable amount of time and my competition accolades are often what draws people to my schools.  However, I never forget that the reason I started training martial arts was to defend myself when I was a weak and frightened teenager.  I looked to jiu-jistu because I was certain it could allow me to survive an attack against someone bigger, faster and stronger and that power is worth more than any tournament medal.

Posted on July 1, 2013 by fighter in Hudson Valley MMA 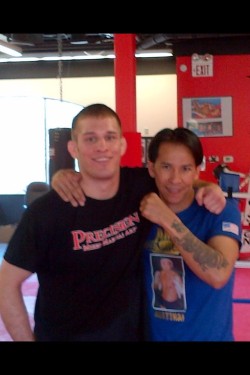 Here’s a cool move from the spider guard which allows you to transition into an omo plata or a triangle.  Filmed at my Hudson Valley martial arts school Precision MMA in LaGrange, NY.

Brought to you by http://www.learntograpple.com your source for Hudson Valley martial arts techniques

Check out the latest from www.learntograpple.com the best source for Hudson Valley martial arts techniques

If you’re a New Yorker interested in seeing what your options are for Hudson Valley martial arts then I hope you’ll check out my school Precision MMA in LaGrange, NY. 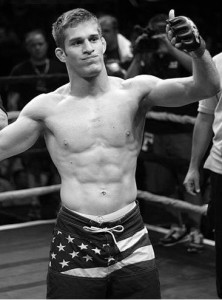 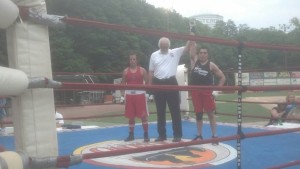 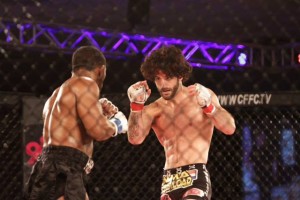 Posted on June 20, 2013 by fighter in Uncategorized